The Debtwire Direct Lending Forum was host to the European Direct Lending Awards on Tuesday evening. Presented by Creditflux and Debtwire, the event has been expanded and given a solo slot away from the Creditflux Manager Awards for the first time.

Presented at The Biltmore Mayfair in London, the awards followed a successful afternoon of private-debt focused panels, presentations, and fireside chats, all of which are available online here.

This year saw record submissions as nearly 30 funds from 15 managers were considered. All deals and funds were submitted in the last few weeks with finalists being selected purely on analysis of the underlying data.

The methodology for the fund awards involved a series of ranked data points, including TVPI, average leverage, average debt to ebitda and capital raised. On the deal side, the winner was selected on the number of deals undertaken in 2021 and inclusion in the Debtwire European Direct Lending Rankings. If you believe your deals should be included, please contact Darren Maharaj.

Creditflux and Debtwire would like to congratulate all the winners from the event and everyone who attended. We hope to see everyone again next year with plans to expand the event. 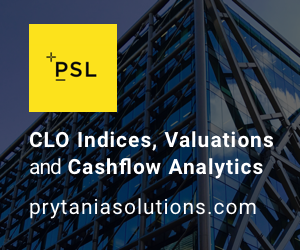