George Goudelias, head of leveraged finance at Seix Investment Advisors, is preparing to run the New York City Marathon in November in support of cancer patients. He is raising funds for Memorial Sloan Kettering Cancer Center (MSK), which he describes as the leading cancer hospital in New York.

“I am running to support the many people I know that have been impacted by this insidious disease,” says Goudelias. “I lost my best friend at 33, my cousin at 37, my mom is a breast cancer survivor [treated at MSK], and I now have a neighbour whose grandson is fighting leukaemia at age 20.”

Goudelias, senior portfolio manager for Seix’s US CLOs, adds that he is running specifically for MSK’s paediatric programme. “It is so vitally important that New York continues to have such a world-class facility that can offer such excellent treatment for those impacted,” he says. 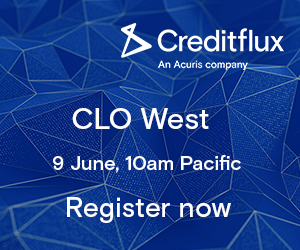